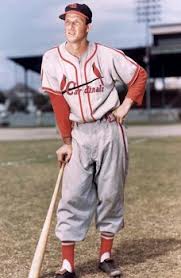 Major League Baseball has lost one of its true legends in Stan Musial, a Hall of Famer in every senese and a man who led a great American life. He was the heart and soul of the historic St. Louis Cardinals franchise for generations, and he served his country during World War II. A recipient of the Presidential Medal of Freedom in 2011, Stan’s life embodies baseball’s unparalleled history and why this game is the national pastime.

As remarkable as ‘Stan the Man’ was on the field, he was a true gentleman in life. All of Major League Baseball mourns his passing, and we extend our deepest condolences to his family, friends, admirers and all the fans of the Cardinals.

It is amazing, in the age of recognizing immediate achievement over the long-term success of players, how quickly people turn away their focus from Derek Jeter, Mariano Rivera, Albert Pujols, and David Ortiz for the next big thing. How quick were some voters to write-off Miguel Cabrera‘s performance in 2012, a Triple Crown season, because of the tremendous first season that Mike Trout produced.

Greatness in consistency is overlooked so often in baseball. Certainly, while Barry Bonds, Mark McGwire, and Sammy Sosa were off belting numerous home runs in the late 1990’s and early 2000’s, the names of Jeff Bagwell, Fred McGriff, and other non-juiced power-hitters (show me something that shows that they were), seemed to be forgotten, even in Hall of Fame voting today.

Did you think what Mike Trout did in 2012 was special? His .963 OPS was still lower than Musial’s CAREER OPS, which he put together over 22 seasons.

His 162-game average would leave him with 39 doubles, 25 home runs, 104 RBI, and 328 total bases. Using a WAR calculator, Musial’s average season was worth a 6.0 WAR and he would be worth $26.9 million in salary. Musial’s typical season was between All-Star and MVP level, which makes sense, as he appeared in 20 All-Star games and won three NL MVP awards. 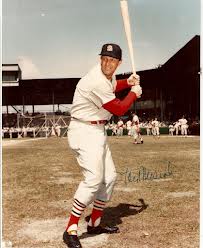 Using WAR as a measuring tool for the value of a player may be relatively new, but it helps to put things into perspective over the long-haul. Taking a look at Musial’s career over the history of the game, WAR places “The Man” as the 12th best player of all-time. Babe Ruth, Cy Young, Barry Bonds, Walter Johnson, Willie Mays, Ty Cobb, Hank Aaron, Roger Clemens, Tris Speaker, Honus Wagner, and Rogers Hornsby rank ahead of Musial, with Ted Williams sliding in right behind him. Taking away the two Steroid Era players would put Musial as the 10th best player of all-time.

Musial has 6.96 MVP shares, second only to Bonds and his 9.30. Musial had 6,134 career total bases, second only to Aaron and his 6,856. Looking at most statistics, Musial isn’t first in anything, but he is right there near the top:

Musial wasn’t the career leader in home runs, he doesn’t have the most MVP awards, and he isn’t recognized in the same breath as Babe Ruth, Hank Aaron, and Ted Williams as the greatest hitters of all-time, at least not by many. In fact, my wife, who has become quite the baseball aficionado since succumbing to my strange fanaticism and obsession, didn’t know who Musial was, even after watching Ken Burns’ Baseball documentary.

Stan “The Man” Musial was one of the greatest baseball players of all-time. He served our country, missing the 1945 season (his age-24 season) while serving in the military, returning in 1946 to hit .365 while winning his 2nd MVP award. His career is an example of an elite talent, containing 22 years of tremendous success, with numbers that show remarkable skill with longevity. 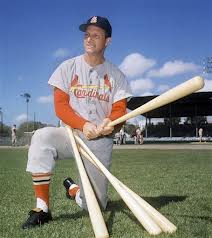 Musial was a legend. A treasure to the game of baseball. An example of courage and determination. With his passing, it is necessary for those who didn’t know how special he was to take a second and put it all together.

It is time for baseball fans to take a glimpse out onto the field in the 2013 season and look at those aging players like Jeter, Ortiz, and Rivera, and know just how special they were during their great careers. While it is enticing to get caught up in the hype of the young talent in MLB, these players are gone so soon. Greatness on the diamond creates stories that can be passed down from generation to generation, allowing for all people to recognize the impact that a single player has on the game.

With Musial’s passing, fans need to commemorate the achievements of the legends that are immortalized in Cooperstown, focusing not on comparing Bryce Harper to Stan Musial, but just on how special Musial was.

One thought on “Stan Was The Man”

What do you think? Cancel reply